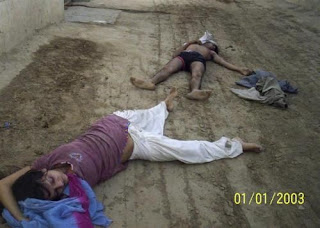 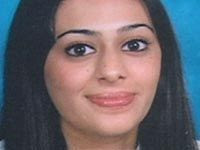 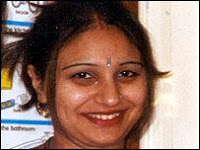 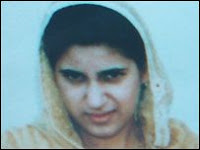 Here are a series of photos of tragedy, women (and men) who were all killed under the name of honor. I have posted these photos obtained from the excellent and dedicated site "International Campaign Against Honor Killings (http://stophonourkillings.com/index.php) which I recommend to anyone with concern about this horrible pandemic.

I make no apologies for bringing the subject up and picking and choosing the following images for a particular reason.
The crime of cultural and tribal honor killings is particularly pandemic in certain cultures, not religions. A large portion of Arab and Turkish culture (both Christian and Arab), Eastern European and in the Sub-continent (Hindu, Christian and Muslim India for example as well as the tribal clans of Afghanistan and Pakistan who are mostly but not all Muslim) to name a few who all partake in this horrendous and inexcusable crime.
These images were chosen because of the bigotry shown against Muslims and Islam by many in the west and elsewere claiming that the crime rests at the feet of Islam. This is particularly rediculous coming from Hindu agenda groups in India.
Such a claim is not only false, an insult to Islam but most of all an insult to the thousands of victims of honor crimes that occur throughout the world by others then those heinous acts done by abusive Muslims breaking their own covenant with the Qur'an.
These victims shown above, are all non-Muslim and mostly from India, killed due to abusing caste conditions. This is not an attack on Indians or Hindus, but the point I made is clear, and if there were photos of Russian honor killings or from other areas, I certainly would show them and if anyone has, feel free to e-mail me the reference, my address is in the blog summary.
Posted by Solkhar at 22:52