Christian Action Network - Are they Bigots and Fundamentalists? . 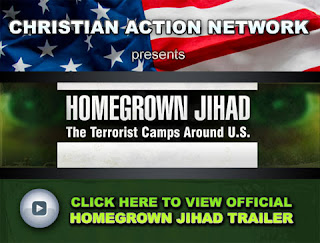 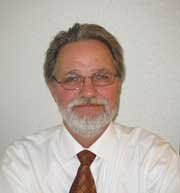 I was very concerned about the organisation called Christian Action Network or CAN, apparently all the wordings are nice, a concerned moral group that seeks a better America.

To confirm my suspicions, particularly with the close association that their founder Martin Mawyer had with Jerry Falwell (who casually condemned the Prophet Mohammad as a terrorist), I wrote them a letter.

The replies came and I have sent a request for confirmation that the views given represent Mawyer and CAN as he did not reply himself. I have placed the correspondance here for all to see.
I am waiting for their response, if the prove me otherwise, great I will post that as well, but I am not confident at all.
.....

Though CAN was created in 1990, I noticed almost exclusively the objective of CAN is identifying and fighting Islamic fundamentalism and terrorist threats within the United States.

Though I would certainly join any group with a desire to eliminate fundamentalism and violent threats, my concern and question to you Mr Mawyer is that your material in CAN appears to be not only attacking militant Islamist threats and Muslim Fundamentalists, but Islam itself. This I would not support but in fact condemn. Are you apposed to Islam the religious faith?

Additionally, I noticed your biography links you to Jerry Falwell, based on you being the "editor of Jerry Falwell's "Moral Majority Report."". Jerry Falwells description of Islam's Prophet as a "Terrorist" is still amongst the great excuses why many in the world use the term 'Ugly American'. In many books, Falwell is considered an extremist and a fundamentalist.

I also understand that CAN and the Paul Revere Brigade are the one and same organisation, which again though under the banner of exposing Islamist fundamentalism, is in fact associated with anti-Islamic hate sites such as Jihad-Watch. Amongst the goals and efforts claimed by the Paul Revere Brigade is the following statement which in itself is a breach of US civil liberties:

"Keep an eye on your schools, government, local laws, newspaper articles and known Islamic activity in your city...."

From the above, it is the assumption that all activities of Muslims communities needs to be watched. It would be easy to counter such arguments that considering the FBI has identified that radical Evangelist Groups are linked to home-grown-terror and is of concern, and thus it should be fair that Paul Revere Brigade and CAN should concentrate on that as well.

I asked this question to gain your views and opinions on Islam and the many moderate Muslims who themselves are not just concerned and working towards combating militant Islamists and fundamentalism within the Muslim community - but suffer having to live amongst them, let alone those poor souls living in such theocratic societies run by these people. Why do I ask?

My motive for the question is simply to know if I should support or condemn you, to praise and make mention or condemn and expose. Though I have a small blogsite of my own, I am linked to many more and though mostly retired, in my domain, I have gained respect and my opinion about the views of those in the west is listened to.

Understand, CAN is not an extremist organization and we hope to convince you to support our cause. We base all our information on facts in understanding that Islam is not a religion – but a social, political and ideological movement that promotes itself in a form of religion in order to force people into submission.

I ask this question to you – Should Islam have equal recognition as a religion in America ? I believe, fundamentalist Islam’s goal is to overthrow all secular governments including America . Islam will always be a potential ‘5th column’ in any non-Muslim society where it resides. And no matter how much moderate Muslims may regret it, fight against it or not wish to participate in it, Holy Jihad as warfare and conquest is basic Islam.

Is it not so that 8 of the 10 nations that lead in persecuting Christians in the world today are Islamic. Will America be next?

If CAN bases its information on an understanding that Islam is not a religion then I certainly will not support your cause but condemn it. That you claim there are facts that lead you to believe so, suggests your information sources are not factual.

The history of Islam is clear and its religious basis along with that of Christianity and Judaism certainly give confirmation as to an Islamic "religion". A fifth of humanity prays to the same divine God that you do. I certainly do.

It appears that your concerns are about the existence of fundamentalism and radical militancy and that you have confused the two with mainstream and Islamic theology. Certainly fundamentalists in all faiths claim that "God is on our side" when certainly both the teachings and the bulk of the faithful know otherwise. There is no doubt that the bulk of that is now happening within the Muslim World and that is why it is even more important to concentrate on avoiding making the mistake of confusing the issues.

The best way ahead for peace in this world is to concentrate on that battle against radical fundamentalism in all its forms and from all faiths. Fundamentalism by its very nature stops the clock of progress and advancement and considers that it has a right to force others to follow. It assumes the arrogant posturing of being the only true believers and that any method is acceptable to achieve its goals.

To confuse and spread misinformation about Islam based on incorrect knowledge causes alienation, confusion on truths and misdirection on what is the real dangers. It causes moderate Muslims to also then presume that there is neither support for their on-going battle against radicals and to many it provides suspicion that there is another enemy in waiting. What it does most though, is provide ammunition to the fundamentalists that their own lies and propaganda is correct - that there are Christian zealots who are striving for some form of Crusade and thus justification for their own political version.

Frankly speaking, my fears that CAN are linked to Christian fundamentalism and anti-Islamic agendas appear to be correct. That if I understand your words correctly, CAN does not join in but in fact actively pursues an agenda that is designed to instill confusion and mistrust between faiths.

It also tells me that CAN does not and will not support an existence that has the United States of America as an active and respected participant in the world community. Such a policy also does not make American any safer - because you would prefer to not have America concentrate on the real dangers and issues.

Though I would have preferred a response directly from Mr Mawyer, I can assume you represent CAN's official line. Could you confirm that please.

A last point, I think it not very prudent or correct to tell a Muslim that his religion is not one at all but a dangerous political experiment. It is this attitude that certainly confirms my views of a very malign fundamentalist superiority.

I await your confirmation

ps. my letter, your reply and this response is published on my blog-site www.solkhar.blogspot.com Solkhar's World - Views from the Atlas

I should point out that I did receive from my original email a rather different reply from one of their members which is also why I asked what is the official line. I had no problem with this reply at all.

Thanks for the email. I'll let Martin speak for himself. I'll tell you that the opinions of some staff differ (no two humans agree on everything) and I've personally heard Martin speak very highly of moderate Muslims, although as a Christian he obviously disagrees with Islam (just like you, as a Muslim, disagree with Christianity). I'll let him elaborate on his beliefs.

But personally, I think if you do some research on my work, you'll find me to be a great ally of moderate Muslims, and as such, would much appreciate if you kept in contact with me. Check out my site, WorldThreats.com, as I often post reports about the activity of moderate Muslims.